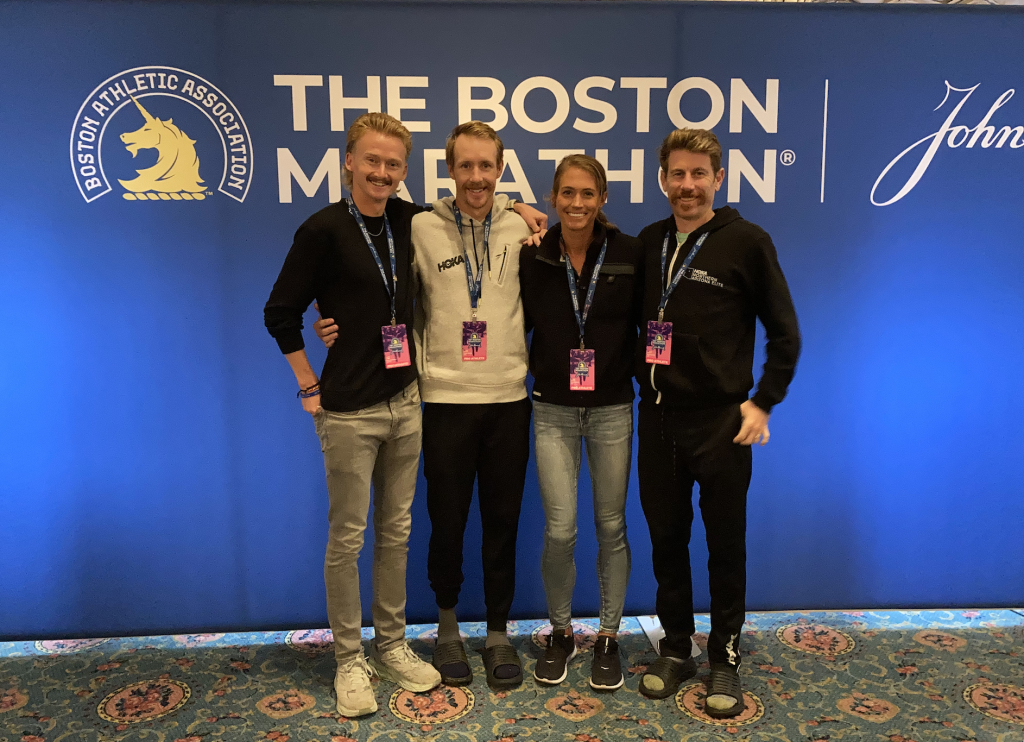 Watch LIVE on NBC Sports Network beginning at 7:30am EST.

Live results/tracking on the BAA App

MEN’S RACE: It is very tough to pick a favorite, or even the top few favorites for this year’s race. With 12 sub 2:07:00 performers, there is certainly plenty of quality. But who’s in good form and who’s not is a little tough to tell due to the relative lack of opportunities over the past year-and-a-half. For the sake of brevity, we’ll try our best to pick out three athletes to watch above the rest, and they were all in the top five the last time this race was run in 2019: Lelisa Desisa of Ethiopia, and Felix Kandie and Geoffrey Kirui of Kenya.

Desisa is a two-time Boston Champ, winning in 2013 and 2015. His 2:04:45 personal best is the third-fastest in the field and he has a very good performance this year—a runner-up finish at the Ethiopian Olympic Marathon Trials. He was a DNF at the Olympic Games in August however, so his fitness is not without a question mark.

Kandie was fourth here in 2019 in 2:08:54. He’s an incredibly consistent performer, having run a marathon between 2:06:03 and 2:08:30 every year from 2015 to 2020. Plus, HOKA NAZ Elite‘s Alex Masai has gone on some training runs with Felix in Iten, Kenya this fall and we know Alex is in shape so admittedly we’re using a bit of the transitive property here.

Kirui, like Desisa, is a former champion (2017) and a true veteran of the race. He was leading after the Newton Hills in his bid for back-to-back titles in 2018, only to hit the wall due to the freezing temperatures and driving rain. Then in 2019, he was once again a major factor through those same hills, testing the field with a number of surges, before eventually finishing fifth. He knows how to win big races (he was the 2017 World Champion), he can handle the hills, and he loves this race. Don’t count him out.

Scott Fauble: Speaking of athletes you shouldn’t count out, one could absolutely make the argument that Scott Fauble should also be a contender for this year’s title. Like Kirui, Fauble was a protagonist in the 2019 race, leading much of the way through the Newton Hills and remaining in the lead pack as it was whittled down to eight (he did quite a bit of the whittling) by mile 22. He ran his fastest 5k split of the race from 35-40k, but could only manage seventh in the final standings. His 2:09:09 though, was one of the fastest American times ever on the Boston course, and was only 72 seconds back of winner Lawrence Cherono. Fauble’s training has gone well and if he’s there at 22 miles again this year, he’ll know what to expect, and he’ll know what to do.

Rory Linkletter: If Fauble’s training has gone well, you could argue that Linkletter’s has gone even better. The Canadian has averaged more miles per week (by a lot) than in his first two marathon build-ups. He’s run faster workouts. And he’s been more consistent. His first marathon was a 2:16:42 in Toronto in 2019. His second was a 2:12:54 at The Marathon Project in 2020. Could the third one be the charm? His coaches and teammates sure think so.

And just for fun we’ll mention that the last Canadian to win the Boston Marathon was the great Jerome Drayton in 1977.

Scott Smith: On the other end of the experience spectrum from Linkletter is Smith—the owner of a 2:09:46 personal best, two top-20 finishes at the Olympic Marathon Trials, and a sixth-place finish at the 2018 Boston Marathon. Often overlooked in national previews and predictions, Smith has put together an impressive resume that just seems to get better and better with each year that goes by. The 35-year-old ran his 2:09 at last year’s Marathon Project race where he finished sixth, competing stride for stride with the likes of 20-somethings Fauble (4th), Marty Hehir (1st), and Colin Bennie (3rd)…among others. We mention Bennie because along with Smith and Fauble, he’ll be a major contender for top American honors on Monday, as will Parker Stinson.

Smith’s build-up has been similar to most of his builds—a little bit up and down but with enough good sessions to know that he’s got the fitness he needs to compete at a high level.

WOMEN’S RACE: Like the men’s field, this one appears pretty wide open. Same issues apply; there are lots of fast women, with great personal bests, but with the unique last year-and-a-half not all of them have been able to prove their fitness. So with that said, we’ll pick three athletes that we have a hunch might be tough to beat (but don’t hold us to it): Kenya’s Edna Kiplagat, Kazakhstan’s
Caroline Chepkoech, and of course—Des Linden.

Kiplagat is 41. Yes, we know that. But, she’s a former Boston Champion (2017), and she’s coming off a great summer where she notched convincing wins at both the Bix7 and the Falmouth Road Race. Plus, let’s not forget she was second at Boston in 2019 at the age of 39. And how different is 39 from 41 really?

Linden…well she’s Des. She’s a one-namer. She’s a two-time Olympian. She’s the 50k World Record Holder. She’s the 2018 Boston Champion. She’s been coming here since her debut way back in 2007. She was runner-up in 2011. Should we go on? And look, she said in a recent interview that her training hasn’t gone super well for this one but what’s her mantra? Keep showing up. And that’s what she’ll do.

Chepkoech is a debutant and there’s always a big unknown when that’s the case. But she’s also a debutant who’s run 65:07 for the half marathon. So she’s got the goods. And since we didn’t mention the two men, Jemal Yimer of Ethiopia and Leonard Barsoton of Kenya, who could surprise in their first go at the distance we figured we better mention Chepkoech.

Julia Griffey: Like our men mentioned above, Griffey is 100% healthy and her Boston prep, especially over the last few weeks, has gone well. The beginning of the segment was a little frustrating for her and she had some low moments, but since the USATF 20k Championships on Labor Day (which she ran as a marathon pace workout), workouts have gotten better and better. She and the men traveled to Michigan last week to spend a few days at sea level and on east coast time to get in their final work and the sessions she did there were her smoothest yet. Griffey is coming off a personal best last year at The Marathon Project (2:29:58) and should she run a similar time in Boston would likely place quite well.

And in case you were wondering, Julia got married earlier this year, hence the name change from Kohnen to Griffey.

THE WEATHER: The latest forecast calls for temperatures in the 60s with 85% humidity and an 8mph headwind. But that could always change!!

Midday Treat with NAZ Elite: Boston Preview
Scott Fauble, Julia Griffey, Rory Linkletter, and Scott Smith join coach Ben Rosario to preview the 2021 Boston Marathon. They talk favorite sections of the course, why they think each other will run well, and even play some Boston Movie Trivia.

Flotrack: Boston Marathon Preview + Who Is Athlete Of The Year? | The FloTrack Podcast

Boston Globe: What it will take to stage the Boston Marathon on Oct. 11 instead of Patriot’s Day

Runner’s World: These Hopi Athletes Are Running Boston for a Larger Mission—and You Can Help

Women’s Running: Molly Huddle is Having a Baby: “A Happy Reason to Take a Little Break”

*all of the above (and more) was originally published in our weekly e-newsletter. For the full version click HERE.