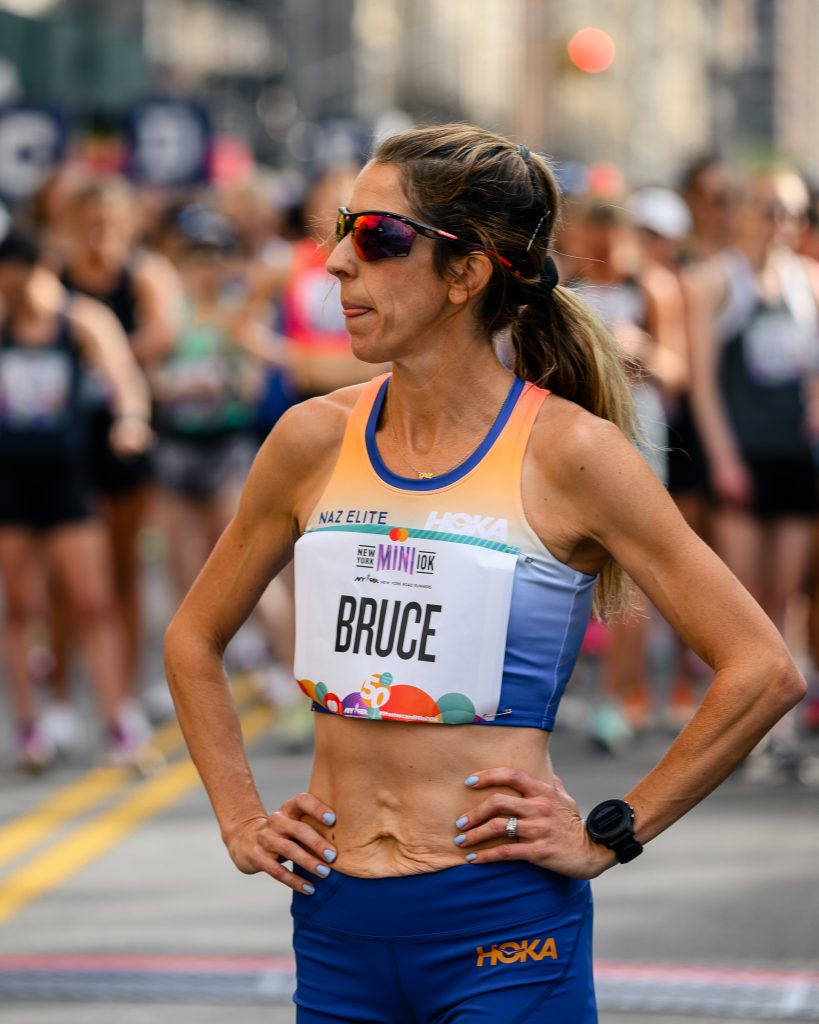 *The race will begin at 4pm ET/1pm PT in the United States on Saturday, July 2nd

WOMEN’S RACE PREVIEW: The professional field for this year’s Gold Coast Marathon is small but quality, led by hometown favorite Lisa Weightman. Weightman, one of Australia’s top marathoners for the last decade-plus owns a personal best of 2:25:15, set at the London Marathon in 2017. As recently as 2020, she ran 2:26:02 at the age of 41. The rumor mill suggests that Weightman will be going for the course record of 2:24:49, and looking to come through halfway in 71:45. It may be unlikely that any other competitors go with that hot early rhythm, creating a tortoise and the hare kind of affair with the likes of Stephanie Bruce and Lindsay Flanagan from the United States and the Japanese duo of Haruka Yamaguchi and Shiho Kaneshige trying to run Weightman down later in the race should she falter.

MORE ON STEPH:
Steph, in her final year as a pro, is enjoying one of the most successful stretches of her career. Beginning in January, she was fifth at the USATF Cross Country Championships, won the Rock ‘n’ Roll Arizona Half Marathon, ran 31:39.39 for 10,000 meters, finished 10th at the NYC Half, was 12th at the Boston Marathon, placed 7th at the USATF 10,000 meter Championships, and most recently finished 12th at the Mastercard Mini 10k in a massive road 10k best of 31:49. Her training heading into Gold Coast has been somewhat up and down. Fortunately she was on point at the  USATF Championships and the Mini 10k but a handful of training sessions have been a little below average (perhaps to be expected after a quick turnaround from Boston). However, the final tune-up before Gold Coast, which she ran in Australia on the course, went very well and her spirits are high with the race just two days away.

A LOOK BACK AT STEPH BRUCE’S MARATHON CAREER

Steph’s career as a marathoner began back in 2008 when she ran the Twin Cities Marathon at just 24 years of age. She went out conservatively in 1:20:08 for halfway and would go on to negative split, running the second half in 1:19:58 to finish fifth in 2:40:06–not bad for a rookie. However, she ran that race two years before being diagnosed with Celiac Disease. That diagnosis came in 2010 after two very difficult years dealing with digestive issues that severely hampered her training and racing.

After making the necessary changes to her diet (most notably cutting out gluten), she felt like a new athlete in 2011 and promptly shaved more than 10 minutes off her time from Twin Cities with a breakout performance at the Houston Marathon where she finished third in 2:29:35. At the time, her run in Houston vaulted Steph into the upper echelon of American marathoning and she became a dark horse favorite to make the 2012 Olympic Team. Those Trials, however, held in January of the Olympic year, turned out to be one of the most disappointing days of her career. Piling a lot of pressure on herself to make the Team, Steph struggled as Shalane Flanagan, Des Linden and Kara Goucher pulled away and she eventually stepped off the course–a DNF next to her name. It would be nearly a full year until she tried another marathon.

In December of 2012, after not only missing out on the Olympic Team in the Marathon but also on the track where she finished eighth in the 10.000 meters at the U.S. Trials, Steph ran the Honolulu Marathon and finished third in 2:32:47 on a difficult course in tough conditions. Her marathon career seemed to be back on track. A somewhat disappointing 15th-place finish at the 2013 Boston Marathon followed, though, and then it was time for a break while she and husband Ben started a family. Two boys, two postpartum returns to running, and a new team/coach later and the marathon came calling once again.

Steph joined NAZ Elite in January of 2014, while pregnant with her first son, Riley. During her comeback from pregnancy number one she found out she was pregnant again with son #2, Hudson, in January of 2015. The team stuck by her side and she finally returned to racing in 2016. Since that time, Steph has enjoyed a seven-plus year stretch that she could have probably only dreamed of when she came out of the University of California-Santa Barbara in 2007. She’s won two national titles on the road, finished on the podium at the USATF Outdoor Track and Field Championships, made two World Cross Country Teams, and set huge personal bests at 5,000 meters (15:17.76), 10,000 meters (31:24.47), the Half Marathon (1:09:55), and the Marathon (2:27:47).

That 2:27:47 came in the fall of 2019 at the Bank of America Chicago Marathon, her sixth marathon as a member of HOKA NAZ Elite. Before Chicago she had posted second-place finishes at the California International Marathon in 2016 and 2018, a 10th place at the London Marathon in 2018, and 10th and 11th place finishes at the NYC Marathon in 2017 and 2018. All of those performances served as learning experiences before the 2020 U.S. Olympic Marathon Trials where, at 36 years old, she’d have her best opportunity yet to become an Olympian.

At those Trials, on a tough, hilly course in Atlanta, Steph would run stride for stride in the lead pack through 20 miles before her teammates Aliphine Tuliamuk and Kellyn Taylor, Linden, Emma Bates, Laura Thweatt, Molly Seidel and Sally Kipyego began to pull away. Unlike eight years earlier, however, Steph–with thousands more miles in her legs and the mental toughness that only a seasoned veteran can possess, fought back and passed Bates and Taylor and gained on Thweatt and Linden over the final 5k. In the end, she would finish in sixth, an agonizingly close 19 seconds back of Kipyego in third. Twelve years of marathon running and she had missed her Olympic dreams by roughly 100 meters.

Steph being Steph though, post-race she shared both her disappointment in not making the Team as well as her pure joy for her teammate Aliphine who had won. She also expressed her pride in running as best she possibly could have on the day. Since those Trials, she’s continued to perform at a high level in the marathon–finishing 10th in NYC in the fall of 2021 and 12th at Boston earlier this spring.

Next up: Gold Coast!!